I am really glad, I was not interpellated by popular biases against Rio. Otherwise, I would not have experienced the carioca landscapes between the mountains and the seas. 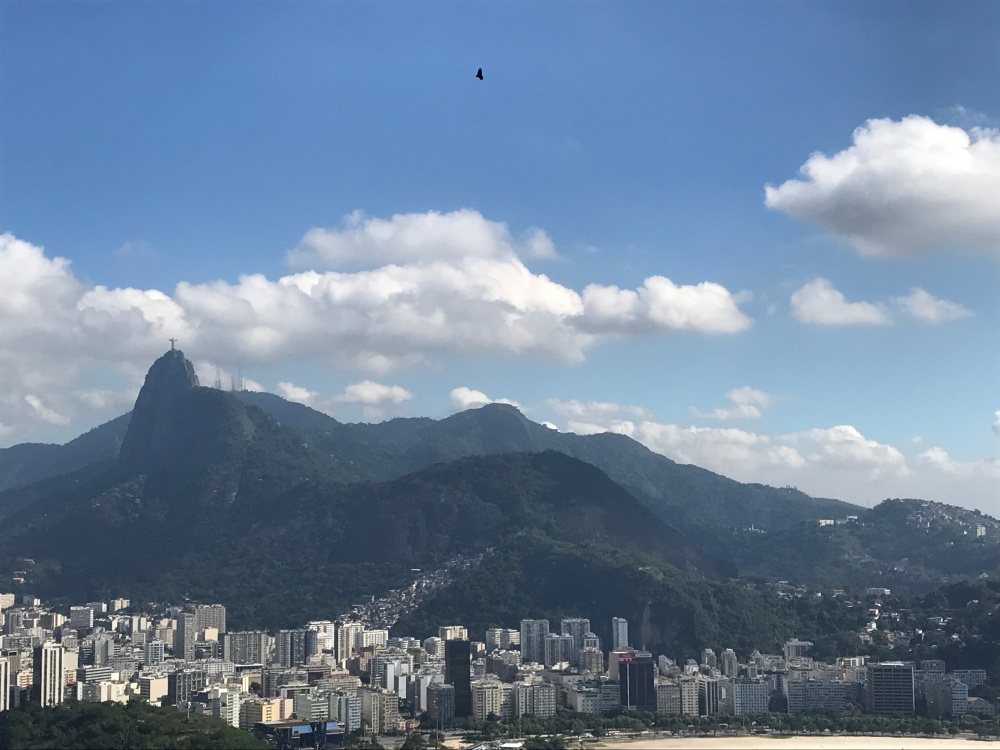 A panoramic view of the city from the Marro do Urca (Photo: SAP Tiatco)

My visit to Rio de Janeiro was spent for a few hours only. Given an opportunity, I will definitely go back to Rio. There is still so much more to explore. The city is a magnificent cultural landscape. Not to mention, within this World Heritage Site (WHS), another site was inscribed on the very day I was there (12 July 2017): the Valongo Wharf Archaeological Site. Based on, where else, the World Wide Web, the Valonga Warf is only a few kilometers away from the RD Santos Dumont Airport. However, I was only able to read about its inscription when I returned to São Paolo that night. The next time I will have an opportunity to  visit Rio, I will have to include this in the itinerary. I will also make sure to spend more days to really engage the vibrant and dynamic “carioca” city.

According to my local guide whose name I forget, Rio’s current landscape is a product of a series of alterations beginning the 17th century. The alterations were intended for the planting of sugar canes (for sugar) and to allow coffee to grow. Sooner, some plantations were abandoned and these became the parks as we know today. The different parks of Rio are now protected by the city government, hence, very well-preserved and well-maintained. And I am so frustrated that government-owned owned parks in Manila (or in the entire Philippine archipelago) cannot keep it up in a similar way with Rio. There is a need for our government to learn from its cultural, its environment and its tourism agencies. 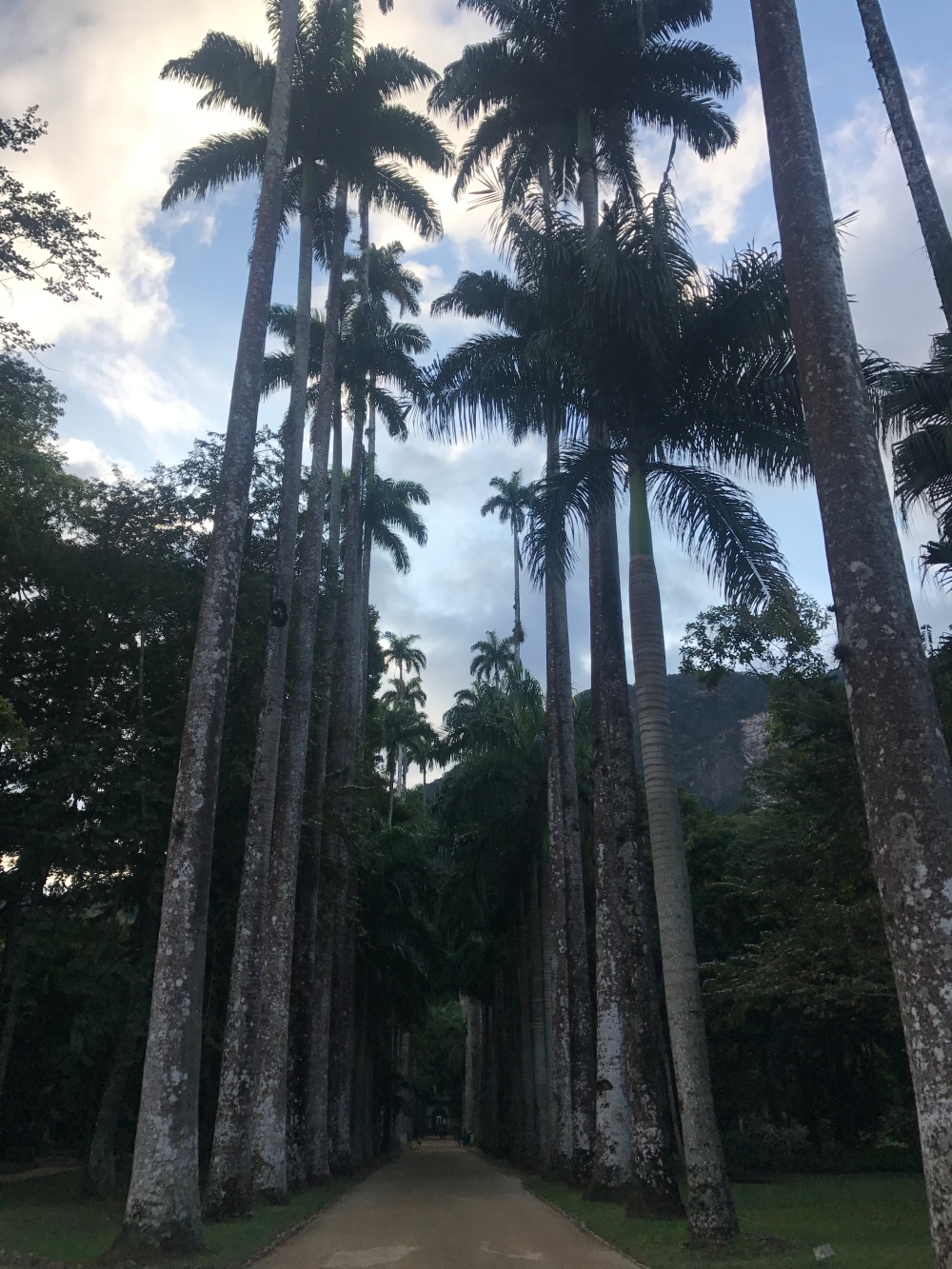 The alterations of the landscape produced what the locals call the carioca cultural landscape. Carioca literally means the “house of carijo,” the original settlers of Rio de Janeiro. Then my guide elaborated (not verbatim) why it is associated with Rio: “today, carioca refers to the mood of Rio de Janeiro, which is a combination of samba and basso nova and the natural beauty of the mountains and the beaches. That’s why if you look at the surrounding, it is as if, the landscape is performing the carnival.”

I feel so fortunate that my guide is well-versed about the development of his beloved city. In the same way, I felt how proud he is as a local of Rio: “Have you considered leaving Rio?” I asked. “I have to say I did before – when I was younger. But you know, why would you want to live elsewhere, if you have a beautiful city like this one. It is not a rich city but everyone gets by.” Indeed, it is not a rich city but it is a very beautiful one. I hope I could agree re: everyone gets by. I do not know the city as of yet. But it seems, everone really gets by looking at the smiles on the faces of the locals.

I told him about how the popular culture represents Rio. His response was simple, and in a way, very direct: “Which city is safe? New York? London? Paris?” Ah, it made sense.

I told him to bring me to the designated World Heritage Sites. He informed me that there are five inscribed sites: Tijuca National Park, including Corcovado peak and its Christ the Redeemer statue; The Botanic Garden; The Flamengo Park; Guanabara Bay, including the Sugar Loaf; and the Copacabana Beach Front. I wanted to see them all, I said. “If you want to see them all,” he told me “You have to stay for another two days.” Ouch!

Rio de Janeiro was inscribed as a WHS in 2012. Its inscription was based on criteria (v) and criteria (vi).  Accordingly, the development of Rio de Janeiro has been shaped by a creative fusion between nature and culture, which was persistent, as stated earlier, as early as the 17th century. These processes of alterations, produced by the interactions of the natives (original settlers) and the settlers (mostly from Africa from the slave trade during colonization) have created an urban landscape that became an inspiration for many artists and creative workers in the visual arts, literature, music, and dance. 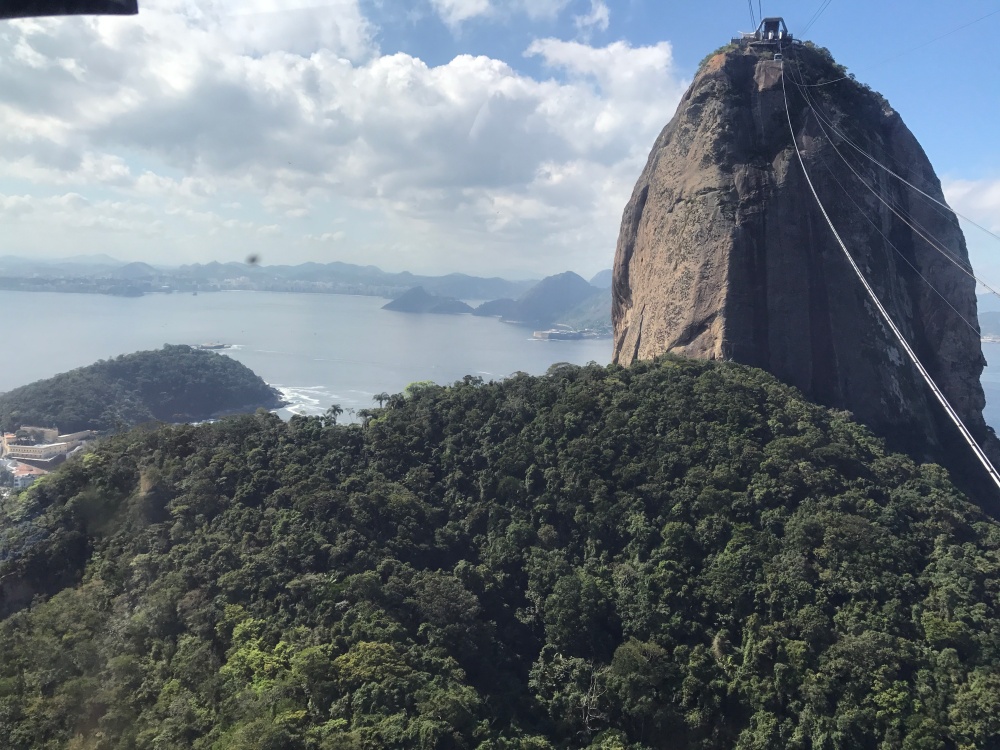 The Sugarloaf from the Morra da Urca. (Photo: SAP Tiatco)

My first stop was the Sugarloaf.

I arrived at the site at 9 AM. The queue at the ticket office was not long. By 9:30 AM, I was already inside the huge gondola (cable car) that would bring me from the mainland to the first mountain (Morra da Urca). 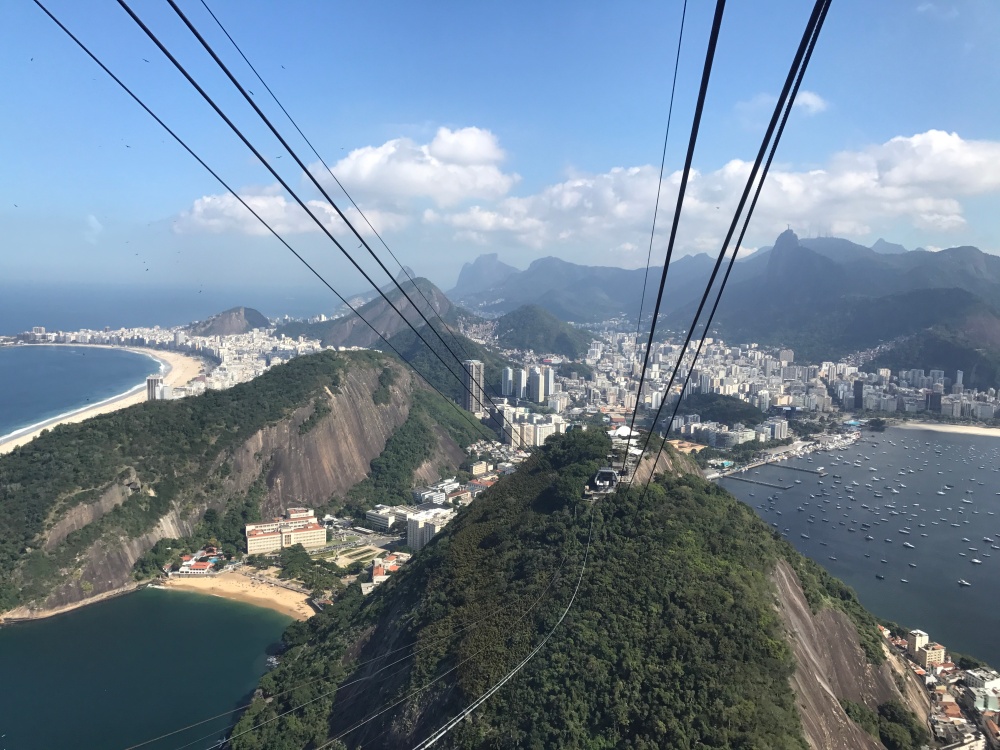 A view of the first mountain from the gondola heading to the Sugarloaf (Photo: SAP Tiatco)

Going there was breathtaking. Inside the gondola, the panoramic view of the city was absolutely stunning. From the inside, Christ, the Redeemer was already peeping and as if waving his hands and was greeting everyone inside “hello and peace be with you.”

I spent around thirty minutes strolling around the first mountain. What is notable is the view of the Guanabara Bay. The sails of the boats and the yachts are perpetually dancing as if samba performers who are excited to converge at mid-bay. Then adding to the spectacle are the airplanes that alternately take-off and land in the nearby airport (SDU).

By 10:20 AM, I queued to the gondola leading to the second mountain: Pão de Açúcar or the Sugarloaf. Arriving at the Sugarloaf was exciting because it is considered to be one of the highest peaks in Rio where a panoramic view of not only the entire city but also the Atlantic and some Brazilian islands. From above, one will definitely recognize the curves of the mountains resembling a sexy carnival dancer. 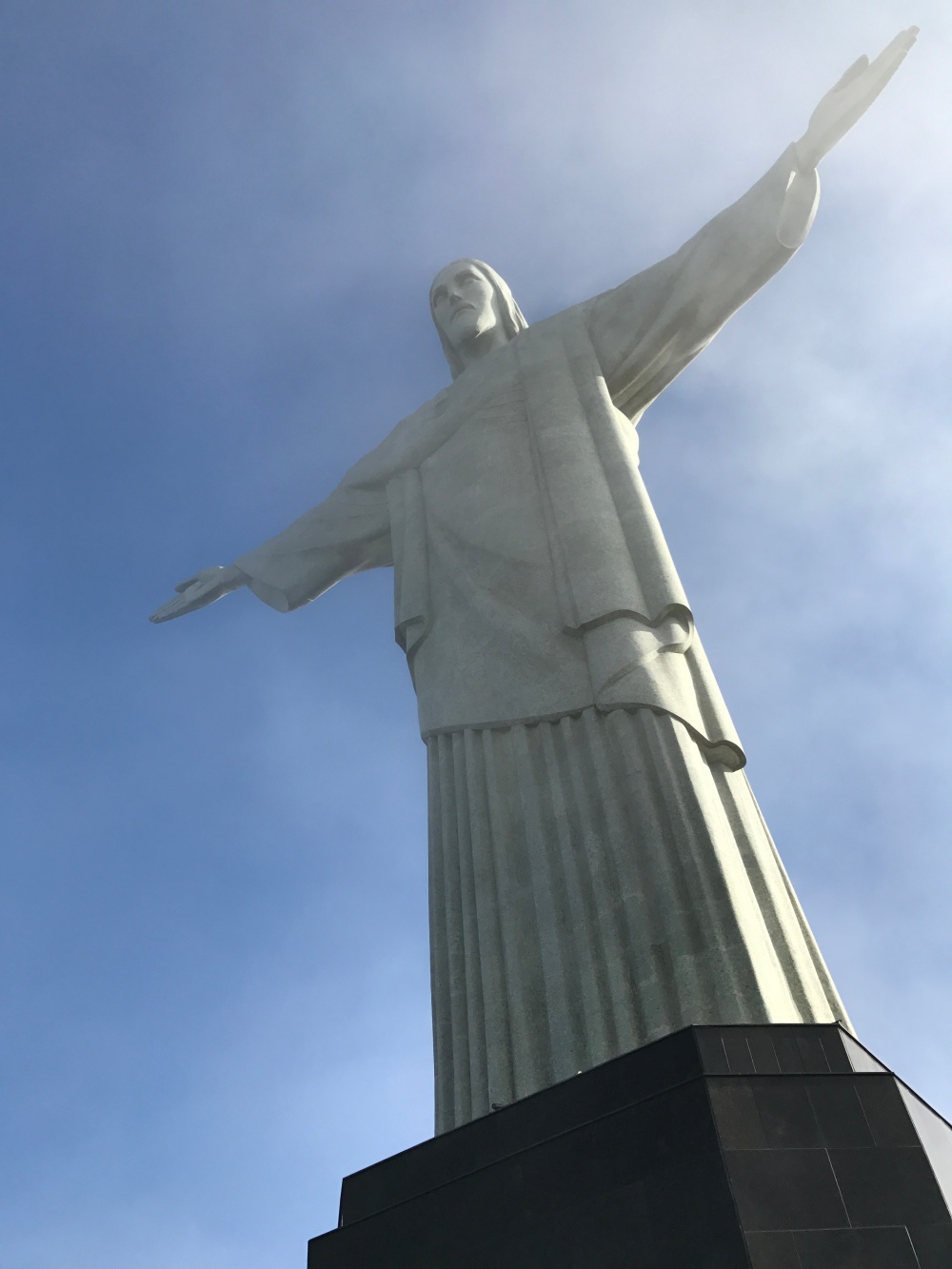 The majestic Christ, the Redeemer at the Tijuca Park (Photo: SAP Tiatco)

My second stop was the Tijuca National Park.

We arrived at the Park at 11:30 AM. I had to make a decision: do I want to explore the entire park or do I want to see another designated site? 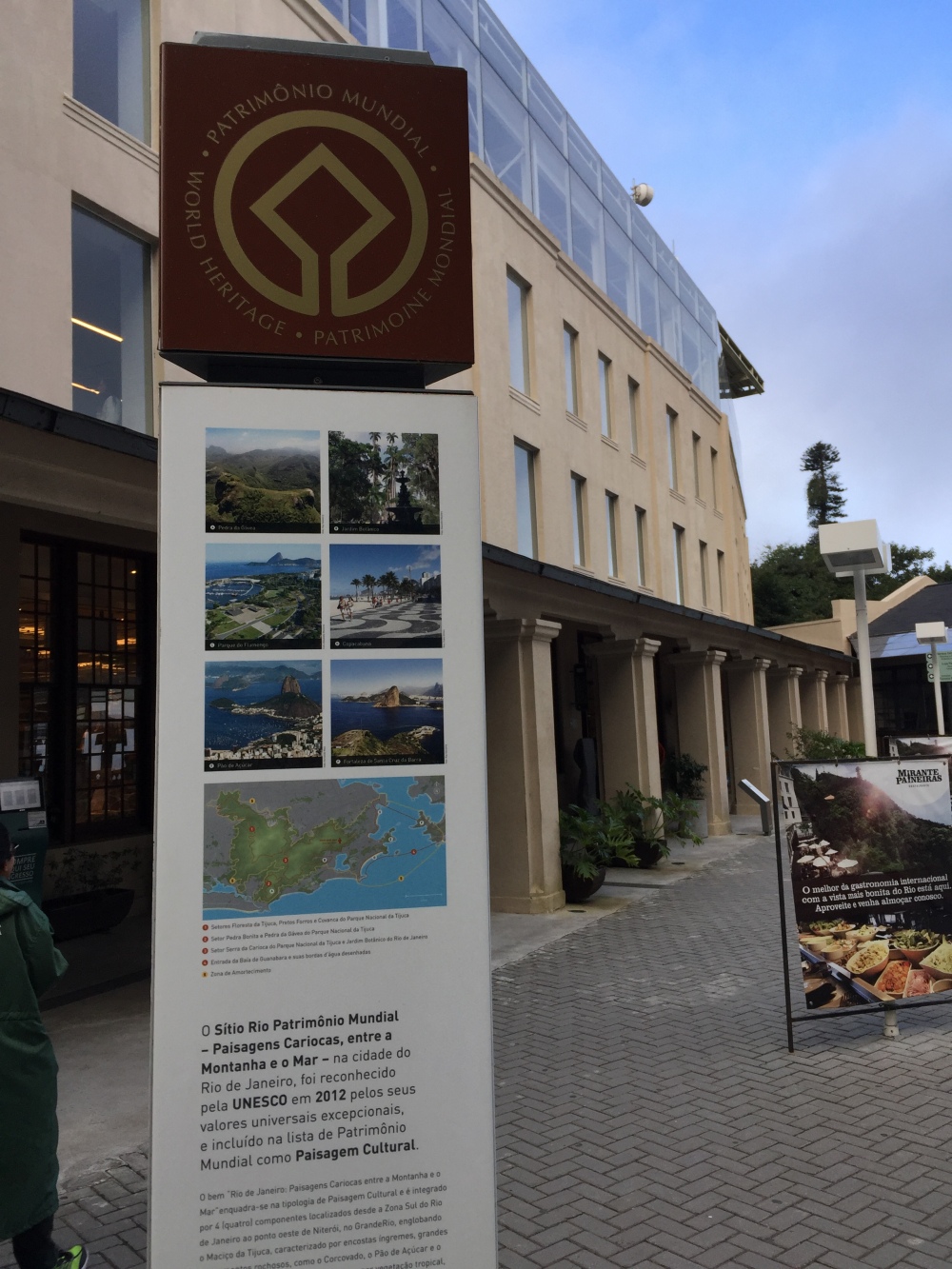 I decided to see Christ, the Redeemer in order for me to see the Botanical Gardens before flying back to São Paolo. By 12 noon, I was already queuing at the coach terminal. It took us about 15 minutes to reach the main entrance of the Christ, the Redeemer. Another 20 to 25 minutes walk to the top. It was a tiring walk but it was all worth it.

One of the many fountains in the Botanical Garden (Photo: SAP Tiatco)

After lunch, we headed to the Jardim Botânico do Rio de Janeiro.

It was already 3:15 PM when we arrived at the park. The staff at the ticket center informed me that a comprehensive tour of the garden usually takes about four to five hours. I was saddened but I was determined to see what is inside. I had about two hours to see the gardens. It was unfortunate that I had to rush my stay – but I do not regret visiting the garden. The history of the garden also underwent several alterations: from being a colonial paradise to a city pride. 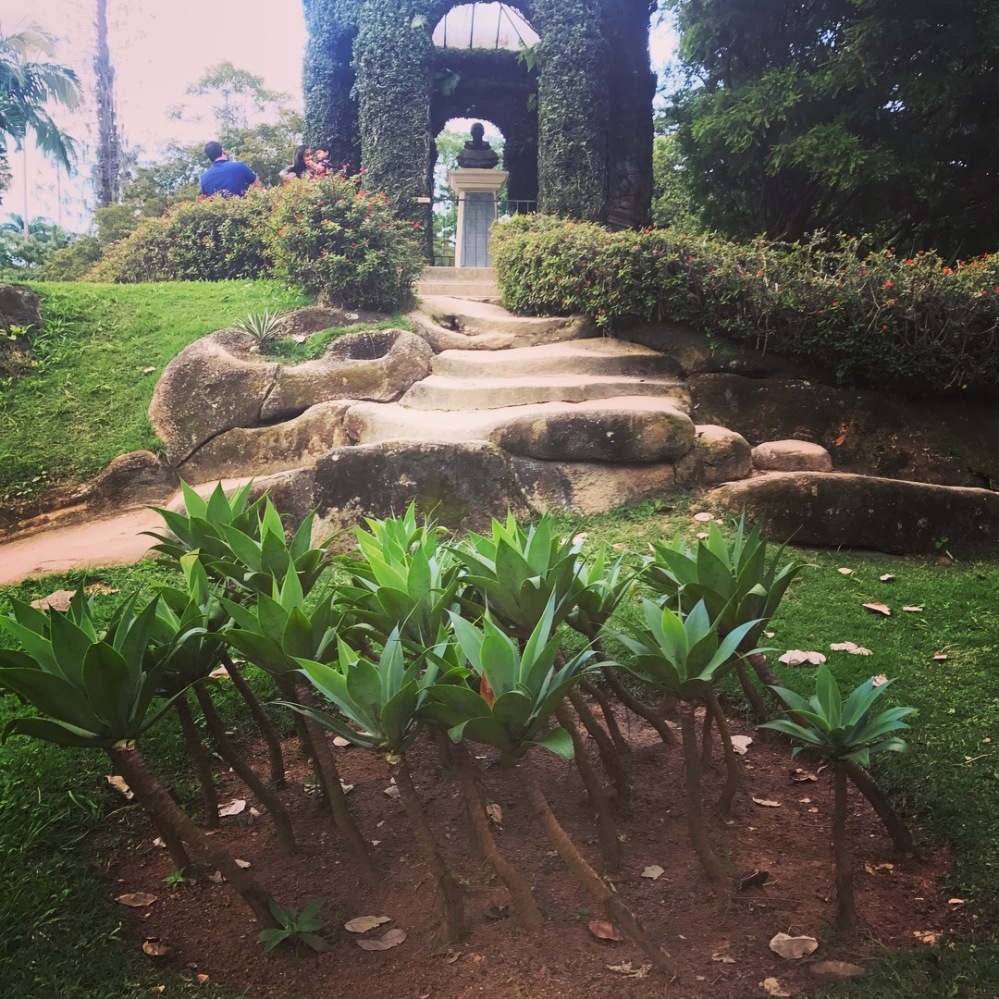 One of the landscaped spaces inside the botanical garden. (Photo: SAP Tiatco)

My driver sent me back to the airport.

I am definitely going back to Rio and just like my first visit, I wish she will welcome me once again with open arms.

(This is the last part of an earlier entry. To read part 1, click here).